Sofia Vergara has admitted she feels like a ''drag queen'' sometimes because her make up and assets are too ''exaggerated''. 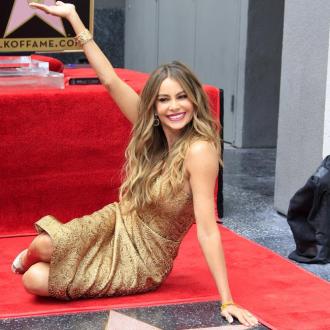 The 'Modern Family' beauty has admitted she occasionally feels as though her make up and assets are too ''exaggerated''.

She said: ''Sometimes I look in the mirror and think I look like a drag queen. I'm a woman, but I'm very exaggerated with my boobs, my ass, how I do my ­make-up, and my accent, of course.''

And the 43-year-old actress says she's still shocked about being nominated for ''sexiest ass'' awards against 'Keeping Up With The Kardashians' star Kim Kardashian West.

She told the Daily Mirror newspaper: ''I'm going up for sexiest ass against Kim Kardashian and she's, like, 10 years younger than me. She should be upset she's up against me. I think I beat her once or twice.

''I've met her at red carpet things and she is just the most beautiful women anywhere ... so somebody is going crazy to put me on these lists.''

Meanwhile, Sofia previously admitted she doesn't like to leave the house without putting on some make-up.

She said: '''Part of being Latin is really putting ourselves together. For example, I don't like leaving the house without lipstick, some blusher or mascara.

''For me, putting on make-up is like brushing my teeth. It's no big effort.''