Sofia Vergara plans to wear her new fragrance, Love, at her upcoming wedding to Joe Manganiello because it feels ''meaningful and real'' to her. 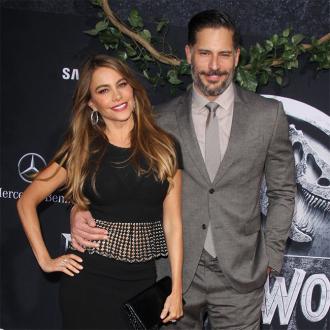 Sofia Vergara has designed a new fragrance called Love for her upcoming wedding.

The 'Modern Family' actress, who is set to marry 'Magic Mike' star Joe Manganiello in Miami, Florida in November, says she is planning to wear the scent, which will be launched in October, when she walks down the aisle because it feels ''meaningful and real'' to her.

Asked why she decided to create a second perfume following the success of her self-titled debut, the 'Hot Pursuit' star said: ''I'm getting married in November, and it's a very important time in my life.''

But the Colombian beauty, 43, used to prefer wearing men's aftershave.

She told Women's Wear Daily: ''In Colombia, we put cologne on babies. We're very into that, and grow up with perfumes and colognes being part of your daily routine. For a long time, I started liking men's colognes and perfumes -- I thought they were more interesting.''

Sofia hopes to expand her collection further in the future.

She said: ''It's such an interesting business. It's very rewarding and a lot of fun. I love perfume. I like the whole ritual of showering and getting ready -- I don't feel complete if I don't put a nice fragrance on.''

The actress credits 'Modern Family' for all of her success.

She said: ''The show allowed me to become a household name. It's made everything happen for me.''