Sofia Vergara has thanked her mother Margarita for pushing her to become a mother. 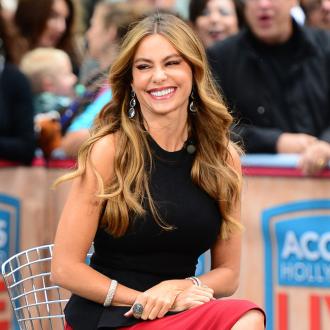 Sofia Vergara's mother forced her to become a model - and she is eternally grateful to her for pushing her to succeed.

The 'Modern Family' star was discovered by a photographer while walking on the beach in her native Colombia when she was 17, but almost rejected her first offer to star in a Pepsi commercial, which became a huge hit at the time, because she was attending Catholic school.

However, her mother Margarita convinced to grab the chance with hands and Sofia is so thankful she got that parental push.

Speaking to the new issue of America's InStyle magazine, she said: ''I was 17 and fresh-squeezed. I wanted nothing to do with all that. I was going to nun school, and they were very strict. I didn't want to model. But my mom forced me.

''I became, like huge. I had offers for TV shows and movies in Colombia, and for all these commercials. And I was like, What? I just wanted to get married to my boyfriend. That's what good Latin girls wanted back then.''

The 43-year-old beauty dropped out of dental school to marry her high school boyfriend José González, with whom she has 24-year-old son Manolo, and only decided to switch from modelling to acting after they divorced in 1993 after two years of marriage.

The CoverGirl and Head & Shoulders spokesperson - who is engaged to Joe Manganiello - said: ''I told my manager from the beginning, if my career ever really takes off, we have to be ready. I had a plan. I knew I wanted a make-up contract, to work with companies like Pepsi, Kmart - big, big things.

''I always wanted to have money to be able to help my family and support my son. That was my whole objective since I started work. I wanted to have a business. And then over time it became fun.''