Sofia Vergara Is Considering Having Children With Joe Manganiello

Sofia Vergara, in a recent magazine interview, has discussed the possibility of having children with her fiancé Joe Manganiello.

Sofia Vergara is willing to have children with her fiancé, Magic Mike XXL star, Joe Manganiello. The 42-year-old actress discussed the possibility of having another child during a recent magazine interview. Vergara explained she is considering having another child and if she does, it will be fairly soon. 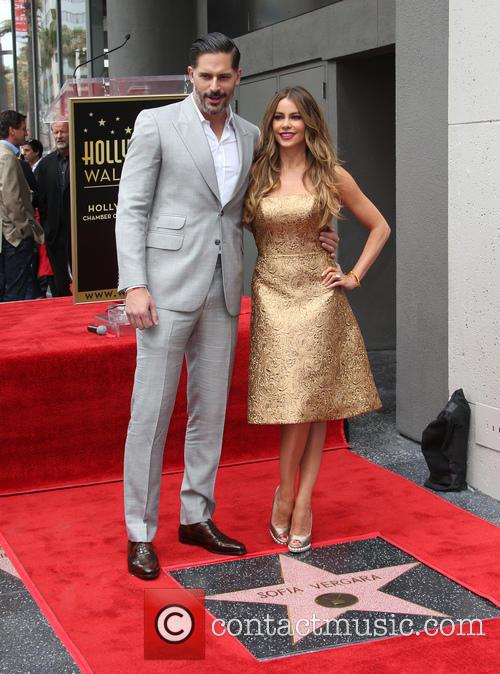 Joe Manganiello and Sofia Vergara at the unveiling of Vergara's star on the Hollywood Walk of Fame.

Vergara was interviewed for Redbook's June cover and discussed her relationship and future with Manganiello. The couple have been dating since last August and became engaged in December 2014. She explained how Manganiello had no children and how this was an issue when considering having another child. Vergara has one son, Manolo, from a previous relationship.

Vergara also explained how she was aware of her age and wanted to have a child relatively soon. Although she did not explain if she would get pregnant or use a surrogate, she was conscious of being "50 with a baby".

The Modern Family actress has recently been embroiled in a very public row with her former fiancé, Nick Loeb. The two are involved in a legal dispute over frozen embryos. Both have aired their sides of the argument and Loeb has stated, in an op-ed, that he wants to bring the embryos to term and raise them as a single parent. Vergara responded soon after and claimed there had been a legal agreement signed in which the embryos could only be brought to term if both parties agreed.

Vergara's latest film is Hot Pursuit in which she stars opposite Melissa McCarthy. Hot Pursuit has been out in US cinemas since 8th May and is due to be released in the UK on

Watch The Trailer For Hot Pursuit On Contactmusic: