Actress Sofia Vergara Was Confronted By Pro-life Protesters Over Her Frozen Embryo Battle With Ex-fiance Nick Loeb At The Premiere Of Magic Mike Xxl In Los Angeles On Thursday (25jun15). 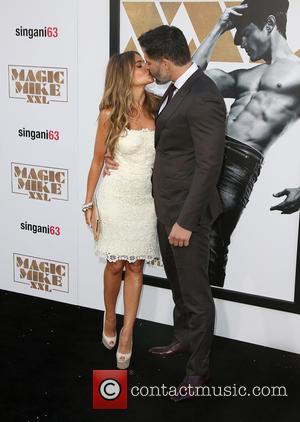 Loeb has launched a legal claim to the embryos after claiming the Modern Family star wants to destroy the eggs they had frozen when he and Vergara were a couple and he is keen to bring them to term. The actress' lawyer has disputed his claims.

On Thursday, Vergara was on the red carpet to support fiance Joe Manganiello's new film, but it wasn't a drama-free night out for the couple as activists waved banners as they arrived for the red carpet bash.

One billboard held aloft by a protester at the screening read: "Sofia, unfreeze your daughters, unfreeze your heart," while another stated: "Lives created should be lives protected".

Vergara promptly refused to speak to the media at the event and Manganiello chose to ignore the nearby protesters or any questions about their presence.