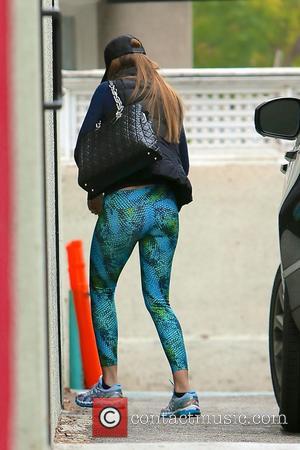 Actress Sofia Vergara has confirmed her engagement to Joe Manganiello, confessing she is still in shock by his proposal.

The Modern Family star sparked rumours she was heading down the aisle last month (Dec14) after she was photographed wearing a large diamond on her left ring finger on Christmas Eve (24Dec14), while vacationing with her beau in Hawaii.

Now, a month later, Vergara has finally opened up about the engagement by showing off the sparkling bauble while on the red carpet at the Screen Actors Guild Awards in Los Angeles on Sunday (25Jan15).

The Colombian beauty crashed an E! News interview with Reese Witherspoon, and, as they both showed off their jewellery on camera, Vergara flashed her large engagement ring on what she dubbed her "love hand".

Witherspoon suggested they celebrate the happy news, and Vergara agreed, mentioning they should "go crazy on the plane", as they prepare to head off on a press tour for their forthcoming film, Don't Mess With Texas.

Vergara and Magic Mike hunk Manganiello went public with their romance in July (14), just weeks after she split from her former fiance, Nick Loeb, in late May (14).