Sofia Vergara and Nick Loeb have got engaged while celebrating the 'Modern Family' actress' 40th birthday in Mexico. 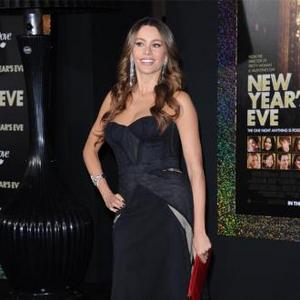 Sofia Vergara and Nick Loeb have got engaged.

The 'Modern Family' actress and the businessman - who got back together last month after splitting up in May following a series of arguments - have got engaged as the brunette beauty celebrates her 40th birthday in Mexico, a source has confirmed to Us Weekly.

An insider said: ''They have a crazy relationship. They break up and make up. They fight and make up hard!''

Sofia - who turned 40 today (10.07.12) - has been celebrating the milestone at a Mexican resort over the past few days alongside 90 loved ones, and she has was spotted wearing a diamond ring on her left ring finger yesterday (09.07.12).

Sofia and Nick have been dating for more than two years after meeting at a Golden Globes party in 2010, and following their split last month she is said to have moved into a hotel, but friends admitted at the time that they were unsure the separation would be permanent.