The exes each appeared on morning television in the US on Thursday to talk about their embryo dispute.

Sofia Vergara and her ex-fiancé Nick Loeb appeared on separate talk shows Thursday morning, to each give their side of the story in the very public legal batter over their frozen embryos. Vergara appeared on Good Morning America to discuss the issue as well as her new movie Hot Pursuit, while over on NBC, the actress' ex, Nick Loeb was interviewed by Hoda Kotb on the 'Today' programme. 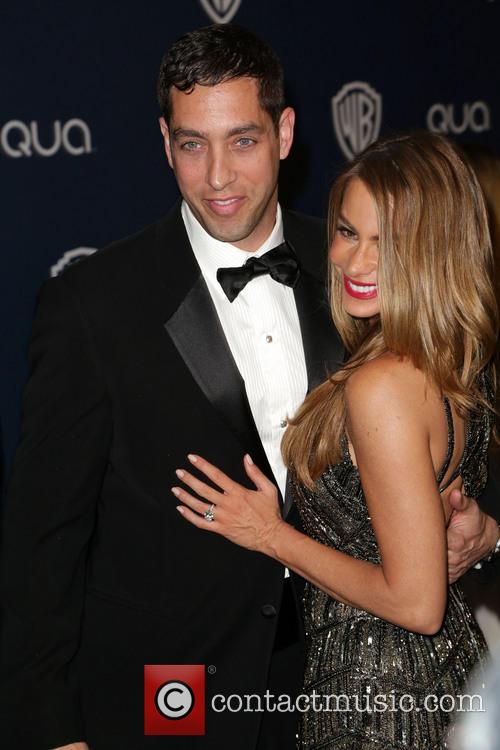 Loeb and Vergara back in January 2014.

Vergara told GMA she didn't think it was fair that she had to discuss the legal battle with Loeb at a time when she should be focusing on her latest work, Hot Pursuit which co-stars Reese Witherspoon.

”I've been working very hard for 20 years to get to this point," the actress said. "I don't like promoting my private life. I don't want to allow this person to take more advantage of my career and try to promote himself.”

Vergara added that she feels that matter should have been kept private especially as ‘papers had been signed’ and that people shouldn't be able to give their opinion on the matter. "I don't understand why the media is allowing a person to just try to put me down and try to make it like something ugly is happening when nothing is happening," she added.

"Why is the press allowing somebody to invent things and create press for himself? He's not an actor. He's not a celebrity.” But over on the 'Today' show it was Loeb’s turn to give his side of the story and the businessman insisted the issue was not about his relationship with the actress and is instead to do with "moral, legal and ethical concepts”.

"It has nothing to do with her,” Loeb said. "Lives were already created I wouldn't just toss them aside, no different than a child that had been born.” The 39 year added that he wouldn't mind if Vergara decided to use the embryos to start a family with new fiancé Joe Manganiello.

"There's 20 million single parents in this world," Loeb added. "They're all working really hard to (raise) children. So I don't think there's anything wrong with being a single father or single mother."