Sofia Vergara and Reese Witherspoon are set to work on a project together after the glamorous pair were seen discussing plans during a meeting at the Peninsula Hotel in Beverly Hills. 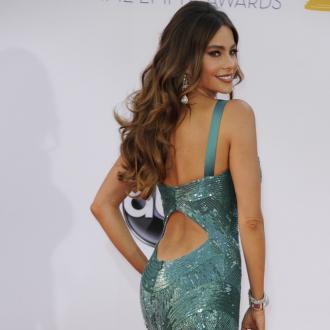 Sofia Vergara and Reese Witherspoon are set to work on a project together.

The 'Modern Family' beauty and the Oscar-winning actress were seen ''laughing and joking'' at the Peninsula Hotel in Beverly Hills yesterday (16.01.13) and sources say they were discussing teaming up with each other in the near future.

One told the New York Post newspaper: ''They are both great comedic actresses, and a joint project could be fantastic Sofia and Reese couldn't be more different, but they got on famously, they were laughing the whole time. They were heard talking movies and brainstorming ideas.''

Reese is currently on maternity leave after giving birth to son Tennessee James in September and is looking for a role to get her back into work.

Sofia has become a huge worldwide star in recent years after playing Gloria Pritchett in 'Modern Family' and she recently said she's proud of the fact she's thought of as sexy at 40.

She said: ''Look, I'm 40 years old and have been in the entertainment world for 23 years. I know there's always someone younger and prettier on the horizon, so if you don't have anything else to fall back on, you're long gone.

''I don't feel the need to apologise for my looks - I always took advantage of them and the doors they opened for me. Likewise, I never felt I had to prove my intelligence or how business-minded I am.''