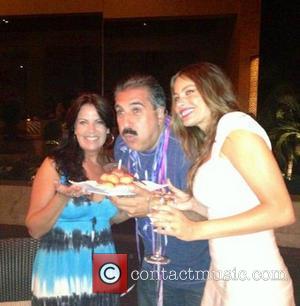 Cast members of ABC's Modern Family who have threatened to go on strike unless they receive substantial pay increases were expected to return to work today (Thursday) after a one-day walk-out, trade reports said today. Earlier this week key cast members, including Sofia Vergara, Jesse Tyler Ferguson, Eric Stonestreet, Julie Bowen and Ty Burrell, filed a lawsuit seeking to have the courts invalidate their contracts on the grounds that they violated California law limiting employment contracts to seven years. Each of the actors reportedly earns about $65,000 per episode, Another star, Ed O'Neill, who earns around $100,000 joined the effort of his colleagues. The actors reportedly are borrowing a page from the cast of Friends, who also joined together to seek pay raises when their show became -- as Modern Family is now -- television's biggest comedy hit.