Sofia Vergara reportedly believes it would be ''problematic'' having a baby with Joe Manganiello. 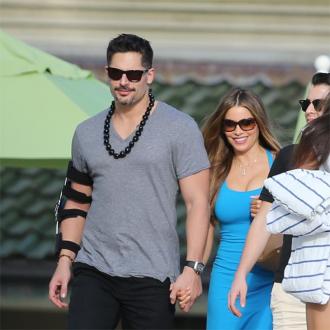 Sofia Vergara thinks having a baby with Joe Manganiello would be ''problematic''.

The 'Modern Family' beauty, who already has 22-year-old Manolo from a previous relationship, is looking forward to tying the knot with her fiancé but is reportedly worried about having another child.

A source told US' OK! magazine: ''Sofia thinks her health would be problematic if she were to get pregnant again.

''[She] is reluctant to start all over with a newborn at her age.''

Meanwhile, the 42-year-old star previously admitted she would want to have a baby sooner rather than later, if they were going to have one.

Sofia also admitted things have been ''so easy'' since she found love with the 'Magic Mike XXL' star.

She added: ''I finally realised that relationships don't need to be so much work. Ever since we met, it's been so easy.

''I'm very suspicious. I'm like, 'It's not normal that we've been together for nine months and we haven't had a big fight or anything.'''