Actor Joe Manganiello Was So Eager To Impress His Now-fiancee Sofia Vergara When He Decided To Ask For Her Hand In Marriage He Proposed To The Colombian Beauty In Her Native Spanish Tongue. 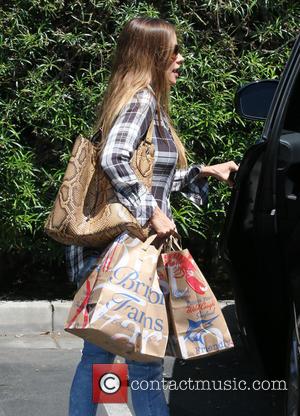 The Magic Mike hunk popped the question to Vergara during a vacation in Hawaii in December (14), after a whirlwind six month romance, and the Modern Family star tells U.S. shock jock Howard Stern his proposal included a sentimental gesture that left her in tears.

She says, "I was in my robe getting ready to go to dinner with son... He proposed to me in Spanish, can you believe that? He did really good. It wasn't like two words, it was the whole thing."

Vergara went on to reveal details about the couple's upcoming wedding, including the fact they've agreed to sign a prenuptial agreement, as she explained, "He said, 'Do whatever you want, I'll sign whatever you want'."

The wedding will include nearly 350 guests, including Vergara's Hot Pursuit co-star Reese Witherspoon and all the Modern Family cast.

She revealed, "It's not going to be outdoors or anything, that's where it usually becomes tricky... We're doing it in a place that's very protected and secure because I want my guests to have a lot of fun... It won't really be that top secret, because you can't control 350 people."

Vergara was also treated to an early bachelorette party by U.S. comedienne Ellen Degeneres on her talk show on Monday (04May15) - she was given a lap dance by three male strippers, as the star threw dollar bills at the half-naked men.

Ironically, Vergara was given a similar stripper surprise last February (14) by DeGeneres, when the beauty was set to wed then-fiance Nick Loeb - but they split months later in May (14).