'Modern Family' actress Sofia Vergara has become the new face of CoverGirl and says it's a dream come true. 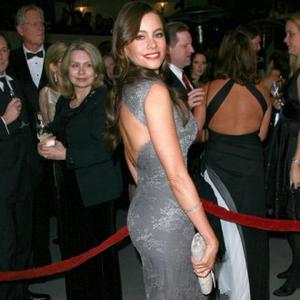 Sofia Vergara has become the new face of CoverGirl.

The 'Modern Family' actress follows in the footsteps of Queen Latifah, Drew Barrymore and Taylor Swift in representing the cosmetic brand and will appear in campaigns from January 2012.

Speaking of her new role, she told People magazine: "It feels amazing. I've always wanted to be a CoverGirl. I always loved seeing the pictures of the campaigns in magazines.

"My mother used to do her make-up every day, and I used to watch her, just fascinated. I've always had a very good relationship with makeup; it's one of my favourite things."

Sofia - who is to launch her own clothing range later this year - says one of the reasons the role appealed to her was that other Latino girls can look up to her.

She said: "When you grow up, you look up to girls in the magazines, and you never think you're going to be that pretty, or that well made-up, or that glamorous. I love that I have the Latin flavour; Latin girls can relate to me, see what I'm wearing, see my makeup, my hairstyle."