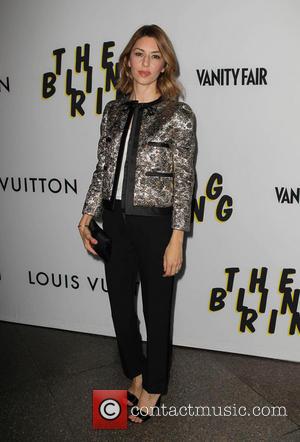 Director Sofia Coppola gave her The Bling Ring stars the chance to feel like real house burglars by setting up a raid for them to carry out at a friend's palatial Hollywood home.

Emma Watson, Katie Chang and Claire Julien portray members of the young gang, which broke into the homes of stars like Paris Hilton and Orlando Bloom and stole clothing, jewellery and other belongings - and to give them a taste of the rush their characters got while carrying out the robberies, Coppola arranged for them to take on a Bling Ring mission.

Chang tells Wenn, "Sofia wanted us to do a bit of bonding so one thing we did is a fake break-in of a house. We broke into someone's house that Sofia knew. They knew we were coming, so we broke into their house and we stole a bunch of stuff and it was actually kind of fun.

"I totally messed up the whole thing, though, because I was given a list of things that we had to get and I forgot, like, two of them. So when we got out of the house we were all proud at how fast it was for us to find all the stuff and then we were like, 'Crap, we have to go back in there now and find this other stuff!' It was a red Birkin (bag) and a tan Birkin (bag).

"At the beginning we were all trying to be sneaky and quiet but then someone fell and we all started laughing. Then we realised these kids weren't trying to pull off some heist; they were just hanging out."

And Julien adds, "It was so exciting and I had this adrenalin rush and afterwards that's when I realised it was kids having fun in a really messed up way."