They'll be home for Christmas.

Following the recent release of their seventh studio album 'Wildness', Snow Patrol have announced that they are set to hit the road this Winter with a series of UK and Ireland arena dates. They are already touring all over the world doing various festivals and stadium shows, but fans can't wait for their homecoming. 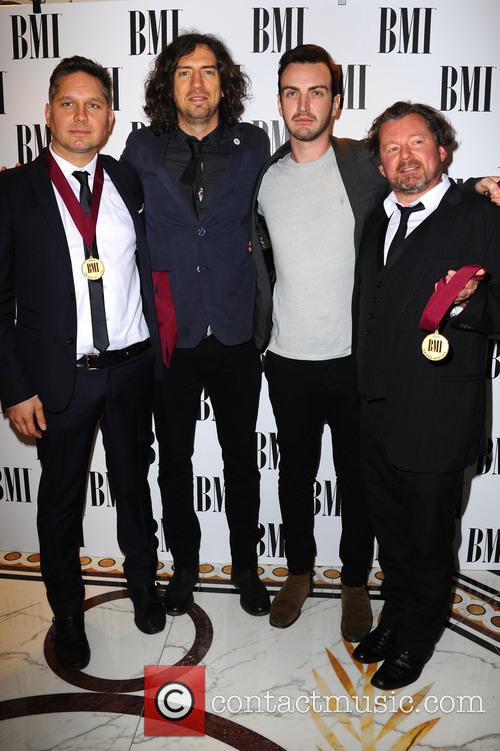 They'll kick off at Newcastle's Metro Radio Arena on December 5th 2018 before performing in Belfast and Dublin, after which they'll be taking a long break over the Christmas and New Year period, returning on January 25th 2019 at the Birmingham Arena and concluding on January 31st at Glasgow's SSE Hydro. They'll also hit London, Leeds and Manchester.

Snow Patrol dropped new album 'Wildness' on May 25th via Polydor. Produced by their long-time collaborator Jacknife Lee, the album has been a long time coming. Frontman Gary Lightbody confessed to suffering writer's block back in 2012, and this album has already been pushed back twice; initially being set for release in 2016 and then 2017.

Three singles from the album were released: 'Don't Give In', 'Empress' and 'Life On Earth'. The latter came alongside a unique video shot at the European Space Agency's Technology Centre in the Netherlands and was first shared via the Twitter account of British astronaut Tim Peake.

It's their first album featuring guitarist and keyboardist Johnny McDaid as a fully-fledged member. He's been part of the touring band since 2007, but it was only in 2011 when he was inducted into the band proper. That was after the group's last album, 'Fallen Empires'; though he did make his first album appearance on that record as a guest.

The band are currently performing a handful of festivals in Europe, with their next show being Rock Am Ring in Germany on June 2nd. They also have two shows in Australia in August, and a long stretch of North American dates will take them in November.

More: Watch the video for 'Life On Earth'

Tickets for the upcoming tour go on sale on June 8th.