Where Does Your Favourite Music Come From? Song Writers B.O.B, Busta Rhymes, Luke Laird and Snoop Dogg Chat On Stage About Influences 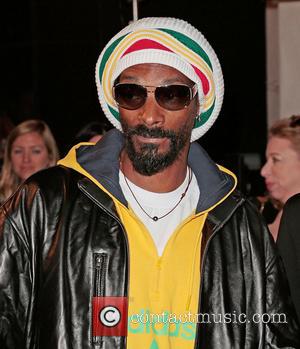 BMI's annual pre-Grammy Awards songwriter's panel, "How I Wrote That Song", was an interesting meeting of minds, made somewhat more interesting by Snoop blazing up a blunt.

Often, what makes a song popular is its relatability: how well its audience can relate to the sentiments within. However, it never fails to be fascinating to find out where those lyrics, the ones that make us laugh, cry, and vent any other variety of emotions that they evoke, came from originally. Every year, BMI hosts a panel of some of pop, R&B and rock's most successful song writers to talk about the origins of the music they write. This year's panel was made up of Snoop Dogg, Luke Laird, B.O.B., Evan Bogart and Busta Rhymes.

Clearly, there was something of a hip-hop bias while compiling the panel, but that worked to its merit. In fact, as Billboard reports, one of country music song-writer Luke Laird's influences was Snoop's pre-eminent album 'The Chronic'. Growing up in the country, in a town with a population of just 700, you'd not think that hip-hop would be a the genre of choice. However, as he said: "Let me just say, the album everyone was listening to was 'The Chronic.'"

Other great anecdotes to come from the panel include B.O.B's admission that some of 'Don't Let Me Fall' was recorded in a closet, and Busta Rhymes' story about the A Tribe Called Quest track 'Scenario' in which each rapper's part of the song was written separately, so that no one heard one another's parts until they were recorded.