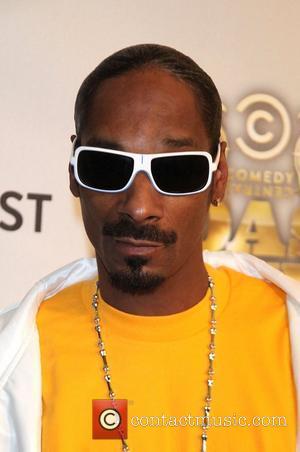 Stars of hip-hop including Snoop Dogg, 50 Cent, Ludacris and The Game have paid tribute to rapper/singer Nate Dogg, who died on Tuesday (15Mar11) after a lengthy battle with ill health.
The 41 year old passed away in Long Beach, California, in the early hours of Tuesday morning, according to his family.
The cause of his death is not yet known, but the hip-hop star spent the last few years struggling to recover from a series of strokes, which paralysed him down the left side of his body.
Snoop Dogg has now spoken of his devastation following the tragic news, insisting his longtime friend and former 213 bandmate will be sadly missed.
In a series of posts on his Twitter.com page, he writes, "We lost a true legend in hip-hop and rnb (R&B). One of my best friends (and) a brother to me... I love u buddy luv. U will always b wit (with) me 4ever (forever) and a day... U put the 1 (in) 213...
"I miss u... I am so sad but so happy I got to grow up wit (sic) u and I will c u again (in) heaven cuz (because) u know (the) slogan... all doggs go to heaven... Rip Nate Dogg."
50 Cent, who collaborated with the late star on hits including 21 Questions, heard the news as he stepped off a flight from Los Angeles to New York and wrote, "I just landed, Nate Dog (sic) is dead damn. God bless him R.I.P. He meant a lot to West Coast hip-hop... Rip Nate Dogg, the rap world just lost a great legend... I wrote the chorus to 21 Questions I needed Nate to sing it for me. He had a way of making everything feel hard."
Ludacris, who worked with Nate Dogg on 2001 single Area Codes, adds, "There is a certain void in hip-hop's heart that can never be filled. Glad we got to make history together."
While The Game writes, "R.I.P. Nate Dogg. Why does it take Death to remind us about the importance of life? Cherish every moment cuz (sic) tomorrow he mite (sic) call your (number)... I lost a friend. Been here before. Tears. Memories. One day someone will lose 'US' as well. Living until that day comes is our only option."
Rapper Xzibit writes, "We love you Nate Dogg, it's never going to be the same," and singer Erykah Badu adds, "Nate Dogg... Rest in beats".