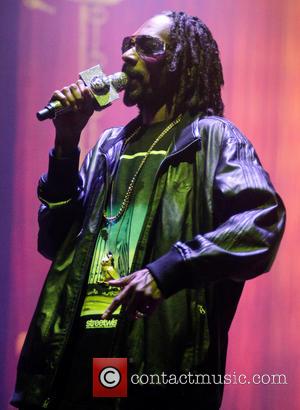 Rapper Snoop Dogg reportedly won a pound of marijuana after placing a bet on a boxing match.

The star reveals he won the weed from a friend after Floyd Mayweather, Jr. beat Canelo Alvarez in a highly-anticipated bout on Saturday (14Sep13) in Las Vegas.

In a photo posted on the hip-hop star's Instagram.com page on Monday (16Sep13), he is shown holding up what appears to be a large clear bag filled with marijuana.

Alongside the picture, the Drop It Like It's Hot hitmaker writes, "Thanks to the champ money may for winning me a pound from my mexican buddy Lui!! U r (You are) the pound for pound best! N (And) I'm gonna (sic) smoke 2 dat (that)!!!"