Snoop Dogg claims he is Bob Marley reincarnated, since he has rebranded himself as Snoop Lion and recorded a reggae album. 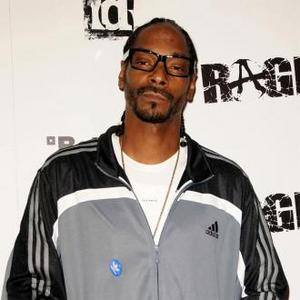 The hip-hop star is reinventing himself as Snoop Lion for a new reggae album, 'Reincarnated', and claims he always had a natural calling to the genre.

He said: ''I have always said I was Bob Marley reincarnated. I feel I have always been a Rastafarian. I just didn't have my third eye open, but it's wide open right now.''

Speaking about how he was enlightened during a trip to Jamaica, he added: ''I didn't know that until I went to the temple, where the High Priest asked me what my name was, and I said, 'Snoop Dogg'. And he looked me in my eyes and said, 'No more. You are the light; you are The Lion'.''

The 'Sweat' singer said he had no plans to make the reggae album - on which he collaborates with singer M.I.A. and producer Diplo - but did so after he was called by ''the spirit.''

Speaking in a press conference, he added: ''On this particular project, I had no planning on going to Jamaica, making a reggae record. The spirit called me. And, you know, anytime the spirit calls you, you gotta know that it's serious.