'Martha & Snoop's Dinner Party' is going straight to series and will debut on VH1 in the autumn.

Get ready people: VH1 is preparing to team up Snoop Dogg and Martha Stewart to co-present a new series called ‘Martha & Snoop’s Dinner Party’, in what must qualify as the most unlikely hosting partnership in TV history.

The new series, due to air in the autumn and in which the duo will throw dinner parties for their celebrity friends. According to a statement from VH1, it promises to be a “half-baked evening of cocktails, cooking, conversation and fun where nothing is off limits.” Snoop Dogg and Martha Stewart will be presenting the show together

If you can’t see the logic behind this pairing at first glance – and, to be fair, we don’t blame you if you don’t! – Snoop and Stewart actually go back a ways. They both appeared on ABC’s ‘$100,000 Pyramid’ game show quite recently, and both also participated in the Comedy Central roast of Justin Bieber early in 2015. The rapper has also been a guest on Martha’s radio talk show.

“At our dinner party, we will exemplify America's fascination with food, entertaining and celebrity. ‘Martha & Snoop's Dinner Party’ will redesign the traditional food competition shows in a new, different and very funny way,” Stewart said in her own statement. 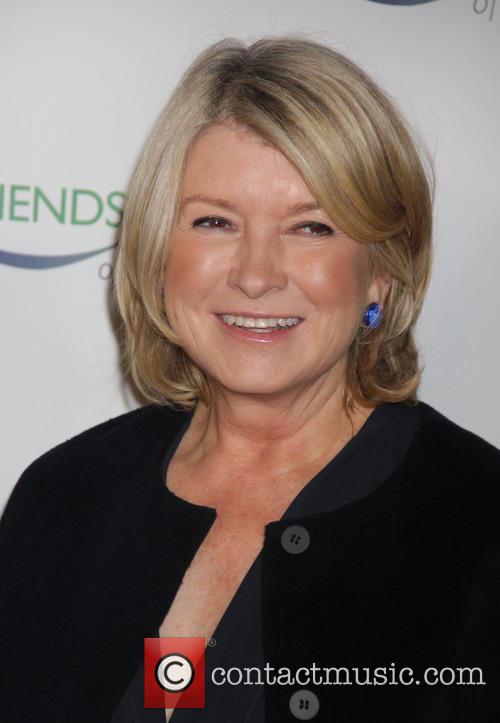 Martha Stewart will be partnering Snoop on the programme

Her future co-presenter added, in his own inimitable style: “My homegirl, Martha, and I have a special bond that goes back. We’re gonna be cooking, drinking and having a good time with our exclusive friends. Can’t wait for you to see how we roll together!”

“We're thrilled to partner with Martha Stewart and Snoop Dogg, two of pop culture's biggest icons,” Chris McCarthy, president of VH1, said in a statement. “Good parties are filled with fun, food and unexpected guests. Wait til you see what happens at ‘Martha and Snoop's Dinner Party’; it will be unforgettable.”