Snoop Dogg is launching a website in homage to all thing related to marijuana, Merryjane.com. The 43-year-old rapper, born Calvin Broadus Jr., announced the launch of the site on Monday (21st September) at TechCrunch Disrupt in San Francisco. 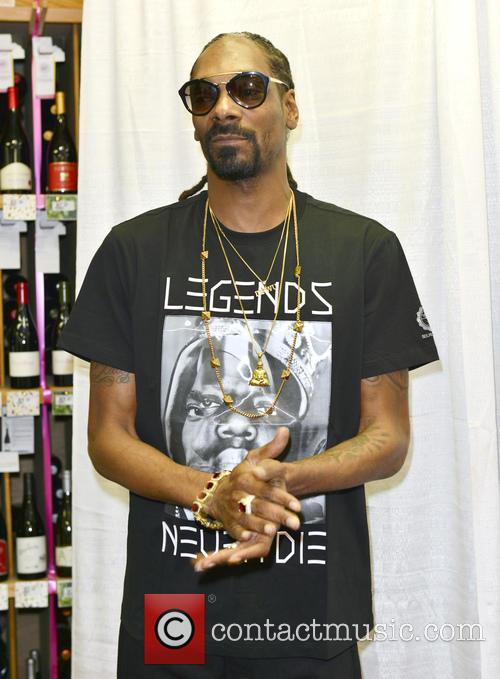 Snoop Dogg at a meet and greet event in Fort Lauderdale, Florida in June 2015.

Read More: Snoop Dogg Gets Stopped By Italian Customs With $422,000 In Cash.

Snoop explained how he and his partners – including actor Seth Rogen – were hoping the site fills a gap in the market. He further hopes the website will enable others who enjoy smoking marijuana to come out of “the closet”.

"We're providing the industry with something that's void right now," Snoop said. "We are the information hotline for cannabis. We are what's missing."

"There are so many people in the closet, and we are giving them an opportunity to come out of the closet and just admit they like to smoke," Snoop later added.

It’s difficult to see what sort of site Merryjane.com will be as, at the moment, it’s just swirling green smoke. There is the option to apply for early access and around 420 users a day are able to test the beta version of the site.

When the site launches in October, its co-founder Ted Chung promises it will feature news, videos and documentary series.

"There are few companies out there that have attempted to enter into the marketplace, and their download apps total and page views total are really numbers that we're going to crush within the first six months," Chung said. "I think the interest level and the demand is there, it's just about someone coming to the forefront like Snoop, like our other partners — including actor Seth Rogen — and providing the site and media platform that can take cannabis to the next level."