Rapper Snoop Dogg Has Turned His Passion For Weed Into A Big Business By Launching A New Media Company Dedicated To Marijuana. 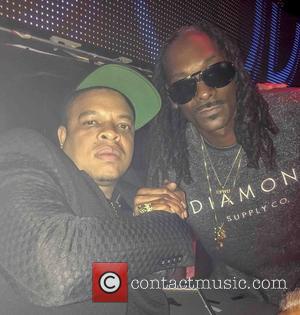 The Gin & Juice hitmaker announced his new project called MerryJane.com during the TechCrunch Disrupt convention in San Francisco, California on Monday (21Sep15), describing the site as "the encyclopedia to the cannabis world".

Snoop, along with co-founder and media entrepreneur Ted Chung, told attendees at the tech conference that the site will include news, videos, editorial content and original programming, which will all focus on different aspects of pot as it relates to lifestyle.

The duo even curated a list of dispensaries to feature on the site, so users can look up menus and locations of stores in their area.

The rapper said, "We're providing the industry with something that's void right now. We are the information hotline for cannabis. We are what's missing."

Chung added, "I think the interest level and the demand is there, it's just about someone coming to the forefront like Snoop, like our other partners - including actor Seth Rogen - and providing the site and media platform that can take cannabis to the next level."