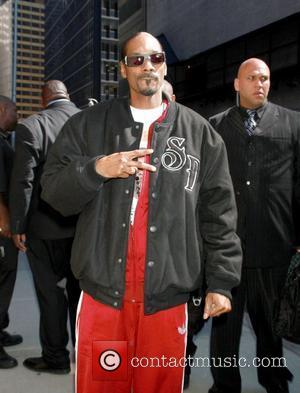 Snoop Dogg and Charlie Sheen hit the studio to work on music for an upcoming project over the weekend.
Snoop Dogg, the American rapper and R&B star, teamed up with the troubled actor Charlie Sheen, to record some new music at the actor's home over the weekend, reports the Hip Hop Press.It was recently reported that the unlikely duo are recording music for a possible new single, and they were joined by the Korn star Robert Patterson to work on new material at Sheen's Los Angeles home. The 45-year-old 'Two and a Half Men' star, who has been the subject of much media frenzy in recent weeks, tweeted a picture of the trio to the delight of his three million digital followers. Sheen added the caption, "Warlock meets his makers-music makers that is @SnoopDogg @robpatterson666 get ready to rock the Sheenius within". It has been rumoured that Sheen, Snoop and Patterson could be working on material to be included on the soundtrack to the actor's forthcoming 'Violent Torpedo of Truth' tour.
Snoop Dogg hit the headlines last week when he revealed his new Nate Dogg tattoo on Twitter. The 41-year-old rapper Nate passed away on 15th March 2011 from heart failure.