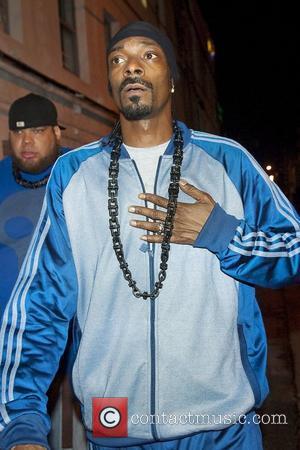 Snoop Dogg is in trouble with U.S. tax officials again after allegedly failing to hand over half a million dollars in back payments.
The rapper had a tax lien filed against him and his wife earlier this year (10), which accused them of owing $598,309 (£373,943).
The demand was submitted by Internal Revenue Service (IRS) bosses at the Los Angeles County Recorder of Deeds on 19 January (10), reports the Detroit News.
It emerged last April (09) Snoop had fallen foul of California tax officers after allegedly racking up debts of more than $284,000 (£177,500).