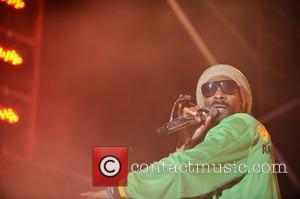 A concert by rapper Snoop Dogg was axed at the 11th hour after promoters sold just 200 tickets.
The Gin & Juice hitmaker was due to perform at the 700-capacity Lone Star Amphitheater in Lubbock, Texas on Tuesday (29May12) but the show was cancelled after poor sales.
A spokesman for local ticket sellers Select-A-Seat tells the Lubbock Avalanche-Journal, "Snoop's show had sold less than 200 tickets in advance... Lubbock concert-goers need to buy their tickets in advance if they want these shows to happen."