Rapper Snoop Dogg Is Taking His Love Of Football To The Internet By Directing And Starring In A Reality Series Following His Youth Sports Organisation. 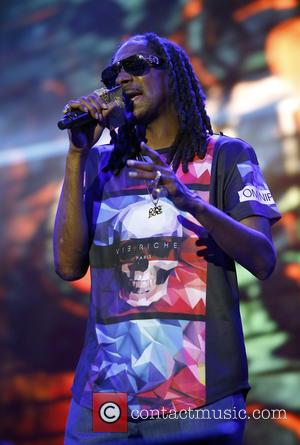 The Gin & Juice hitmaker will travel across America with his Snoop Youth Football League and capture teams competing against each other in the eight-part series, which will debut on Internet platform AOL.

Announcing the venture on Monday (28Sep15), the rap star said, "Mentoring kids through SYFL means more to me than anything else I do'"

"It's my way of continuing to connect with the communities that move me. I get to know kids and parents with great spirits from all over, and it becomes something far beyond football.  It is important to not only be a football coach to these kids, but to be a life coach as well. It's our way of sharing a life together. This series will finally give the world a chance to witness the stories, talent, and commitment SYFL represents in the same way I do."

Snoop Dogg founded the league in 2005 to serve underprivileged kids between the ages of five and 13. Many have gone on to play the sport at college.

This isn't the rapper's first foray into reality TV - in 2007, his family was featured in Snoop Dogg's Father Hood. He was also featured in Snoop & Son: A Dad's Dream with his son Cordell Broadus earlier this year (15).

Broadus previously played football for the University of California, Los Angeles (UCLA), but left the team in August (15).