Snoop Dogg was arrested in Sweden on Saturday night (25.07.15) on suspicion of using illegal substances but was later released after taking a urine test. 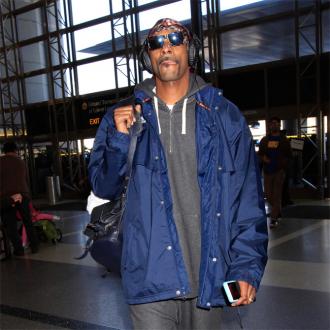 Daniel Nilsson - police spokesman for the Uppsala region - said in a statement: ''Police carrying out roadside controls noticed that Snoop Dogg (whose car was pulled over) seemed to be under the influence of narcotics.

''He was arrested and taken to the police station to take a urine test.''

The entire incident is only believed to have lasted ''several minutes'' as the test results were not immediately available, meaning he has been released while testing is carried out.

The spokesman added: ''The incident lasted several minutes. Once the test was carried out he left.''

The 43-year-old rapper has been open about his personal drug use in the past and is a keen advocate of cannabis, which he is legally allowed to use to treat migraines in California.

He said: ''It's not that I would ever push weed on our kids. But if they wanted to, I would love to show them how, the right way, so that way they won't get nothing put in their shit or overdose or trying some shit that ain't clean.''