Snoop Dogg Arrested In Sweden On Suspicion Of Illegal Drug Use

Rapper Snoop Dogg Has Vowed Never To Return To Sweden After He Was Arrested On Suspicion Of Illegal Drug Use On Saturday (25jul15). 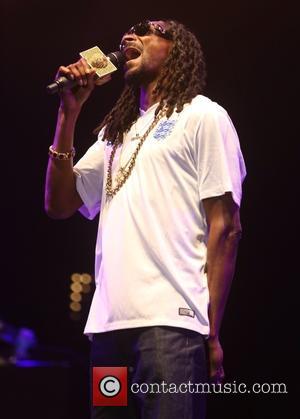 The Drop It Like It's Hot hitmaker was a passenger in a vehicle that was pulled over after a concert because police in the city of Uppsala suspected the star was intoxicated.

Police spokesperson Daniel Nilsson says, "Police carrying out roadside controls noticed that Snoop Dogg (whose car was pulled over) seemed to be under the influence of narcotics. He was arrested and taken to the police station to take a urine test.

"The incident lasted several minutes. Once the test was carried out, he left."

Following the incident, the 42-year-old marijuana aficionado took to Instagram.com to accuse cops of racial profiling, and swear off ever returning to the country.

In one message, he writes, "2 all my sweden fans U can blame YA (your) police dept for never seeing me again in your beautiful country its allways (sic) a few d**ks that f**k it up for everybody its been real thank u... (sic)!! F**k the police. And I'm still smokin (sic) (marijuana)".

Nilsson has denied allegations the traffic stop was racially-motivated.

Results from the rapper's drug test are expected to be made available in two weeks. If it tests positive for drugs, Snoop Dogg could face a fine.