Snoop Dogg And Anthrax Featured On Game Of Thrones Mixtape 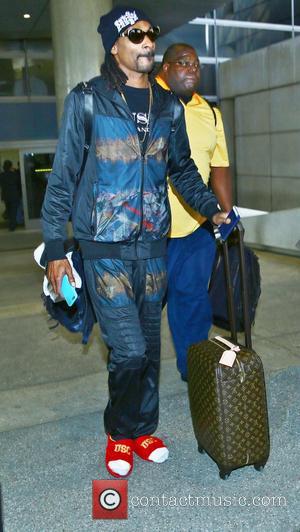 Hip-hop star Snoop Dogg and metal band Anthrax are featured on an upcoming Game Of Thrones mixtape, with tracks inspired by the new season of the popular fantasy drama.

Catch the Throne: The Mixtape, Vol. 2 will feature 15 songs by a number of rap and rock acts, with each artist representing one of the "power-hungry families" featured in the Emmy-winning series.

Snoop Dogg is a huge fan of the show, and even hosted a webseries in which he gave recaps of each episode under the influence of marijuana.

He shares his excitement for the project in a statement which reads: "Off the top, I love Game of Thrones - I even gave my expert analysis of this season on my Ggn show. It's like the rap game, it's gangster, about family, loyalty and trying to get to the top. I had to get involved. Give the fans a little bit of how I see it."

In addition to the rapper and heavy metal veterans, Method Man and Killswitch Engage are also featured on the free mixtape, which is slated for a release next month (Mar15), leading up to the season five premiere in April (15).

The first installment of the Catch the Throne mixtape, which featured artists such as Big Boi, Daddy Yankee and Common, was released last April (14), and was streamed over 2.5 million times.