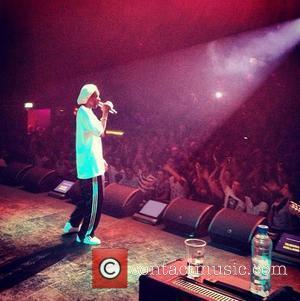 Kendrick Lamar, a member of the Black Hippy crew (with fellow L.A. luminaries Schoolboy Q and Ab-Soul), caught the attention of Snoop Dogg and Dr. Dre and now he's scaling the heights with some aplomb.

Now, in-between sell-out shows and writing new music, Lamar has taken time out to reveal some of the albums that influenced him to become a world renown rap artist. The list, compiled by Complex Music, has some seminal albums in its ranks, with Dr. Dre's 'The Chronic' featuring prominently. "That was probably the first rap album I remember them playing in the house from top to bottom," Kendrick recalls. "Songs that I actually remember as a kid. That's the start of them house parties I always talk about growing up." Another of Hip Hop's most important albums was 1994's Ready To Die, from Notorious B.I.G, and this also features on the list. "[What resonated with me was] the storytelling, just the storytelling, how in-depth the storytelling was. The storytelling and the flow. The one thing about West Coast music, we had storytelling, it wasn't crazy in-depth like that, but we had it. Our stuff was more laid back, more flow and feel good, more how records felt. His was just grimy. Stories was crazy. Flows was crazy." Lamar explained.

Have a squint at the other records that defined Compton's latest export: