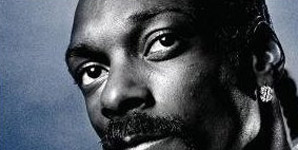 You know what! Snoop has almost become like the Madonna of hip-hop, he was dissed about five years ago, with some idiots even saying he was finished, but Snoop has become the master of re-inventing and re-juvenating.

On the latest single he gets a guest appearance from one Mr Robert Kelly, no doubt as payback for Snoops appearance on Mr Kelly's album. This really is Snoop at his most chilled out with some tight as f*c! rapping. A hit you bet, the king of R&B and the king of hip-hop all on one track what more could you ask for, this will be a hit.