Soul Legend Smokey Robinson Is Urging Justin Bieber's Representatives To Get In Touch With Him, So The Two Singers Can Plan A Studio Session Together. 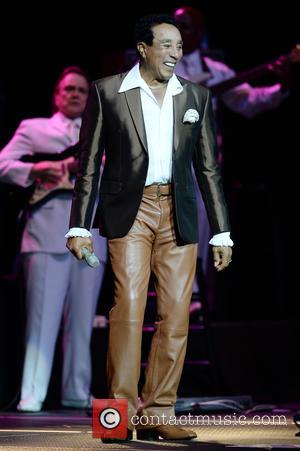 The My Girl star reveals he has been working with mutual friend and producer Poo Bear, who is keen to introduce the odd couple, so the pair can come up with some new tunes.

"I would love to do that," Smokey tells U.S. talk show The Real. "I had a meeting with Poo Bear, who writes the stuff for Justin, so he was saying we should get together and do some stuff with Justin, so I'm all for that, absolutely."

Unfortunately, Smokey has missed the deadline for Justin's next album, Purpose, which is due to hit retailers on 13 November (15). The project features collaborations with fellow pop star Ed Sheeran, Halsey and rappers Nas, Travi$ Scott and Big Sean.

Smokey has taken an active interest in Justin's career path - he previously offered to sit the youngster down for a long chat to lecture him on the importance of being a good role model for his young fans.

At the height of the 21 year old's legal troubles, which included arrests for vandalism, driving under the influence (DUI), and assault, Smokey revealed he wanted to mentor the young singer.

"I know Justin pretty good (sic)," he told People.com last year (14), "but I would love to sit him in a room somewhere and talk with him for an hour just one on one...

"I would tell him that the guys that you're doing this stuff for, and in front of, and with, they have nothing to lose. He's not only living for himself anymore. He's too popular. So his image, and what he does, has influence on a lot of young people, so he needs to think about that."

It is not known if Smokey ever did get the chance to speak to Justin, but the pop star has since made an effort to turn his life around and has staged a successful chart comeback with his latest single, What Do You Mean?