Billy Corgan's Ever-changing Smashing Pumpkins Line-up Is Going Through Another Shuffle Following The Departures Of Brad Wilk And Mark Stoermer. 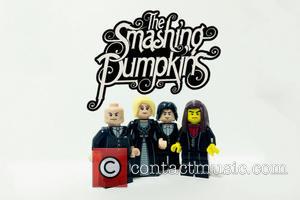 Rage Against the MAChine drummer Wilk, who stepped in to replace Bill Ward as part of the Black Sabbath reunion in 2013, performed alongside The Killers bassist Stoermer on the Smashing Pumpkins' most recent tour, but now insiders tell Blabbermouth.net Corgan has recruited two new bandmates.

Robin Diaz, who has recorded with Courtney Love, Britney Spears and One Direction, and Katie Cole, who previously opened for Corgan's band, will join him for the band's upcoming acoustic tour and co-headlining trek with Marilyn Manson.

Dismissing reports suggesting Corgan fired Wilk and Stoermer, the frontman says, "No one's been given the boot from the band. Mark and Brad actually did more dates than we'd originally discussed. Love them both. And I've said it in 50 interviews now, there is no fixed line-up for SP. It's a tour-to-tour thing. Get it? Got it? Good."

The Smashing Pumpkins' latest acoustic tour dates begin on Monday (15Jun15) in New York, while the group's End of Times dates with Manson begin in Concord, California on 7 July (15).