Sometimes, great success comes gradually for musicians - often taking years upon years to achieve any sort of mainstream attention - but for others, it's a whirlwind of support from the very off and LA-rockers Smallpools were the lucky ones.

The four-piece formed earlier this year when singer Sean abandoned his New York home in favour of a more vibrant music scene on the other side of the country in Los Angeles. 'Before we started the band, we would go out to a bunch of free shows and see what the scene was like and what bands were up to', Sean told us in an interview. And by 'us' he meant he and his long-time pal Mike (guitarist) with whom he began the band after meeting Joe (bassist) and Beau (drummer). 'There's just an overall great mood and vibe that definitely came through in our writing and music', he said. 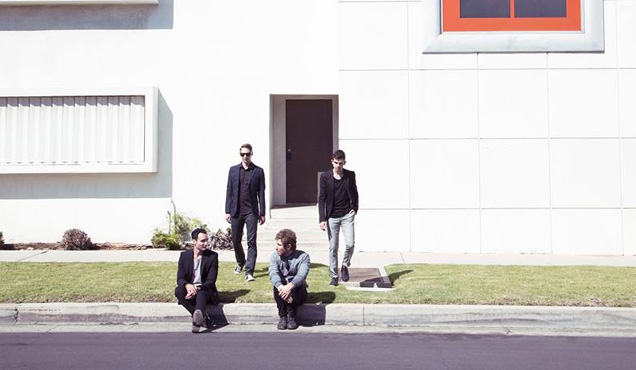 Pretty soon they signed to RCA Records (home to the likes of Foo Fighters, Kings Of Leon, Miley Cyrus and Tom Odell to name but a few), after distributing their demos among some significant contacts, and unveiling their debut self-titled EP which was produced by up and coming production trio Captain Cuts. 'The vibe in the studio is really good', Sean told us. 'There's no egos and anybody can say what they think is bad or good.' The EP featured their upbeat, synth-tastic party tune 'Dreaming', which easily landed a number one spot on The Hype Machine, as well as 'Over & Over', 'No Story Time', and their forthcoming single 'Mason Jar'.

Watch the video for 'Dreaming' by Smallpools:

They may only be in their first year but they've already made their TV debut on 'Jimmy Kimmel Live!' - an experience described as 'pretty crazy', 'kind of a blur' and 'very nerve-racking' - as well as had their music featured in Snapchat promo videos, in the season 5 premiere of 'Vampire Diaries' and the video game 'Fifa 14'. Speaking of Snapchat, they have their own account - a great way to interact with their ever-growing fanbase but it's not without its problems. 'We have so many people on it that if we ever snap something we have to manually touch every person to send the snap to', Sean confesses. 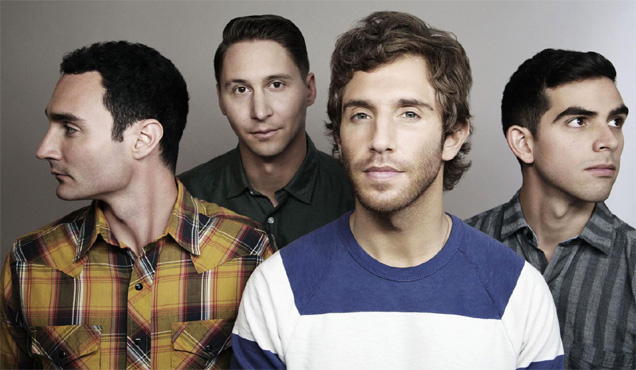 There's a lot to look forward to from Smallpools in the coming months, not least their aforementioned release of single 'Mason Jar' on December 8th 2013 in the UK. But how do Smallpools go about putting these crazy tunes together? 'All our songs take a long journey to craft', Sean says. 'We'll take parts from different days of rehearsing and kind of mix them together and everything just works out alright.' This may mean that we have a bit of a wait until the release of their now highly anticipated debut album, but 'I think we're going to spend most of December and January doing that'.

Smallpools are currently on tour in North America until mid-December but they have recently made a stir while doing the rounds in the UK. Can we be looking forward for a 2014 return? 'I think we're going to go home and try to hash out this album and come back next year', was the response we received - so all you UK fans hopefully won't be missing them too long!

Listen to 'No Story Time' by Smallpools here: 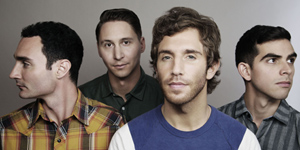