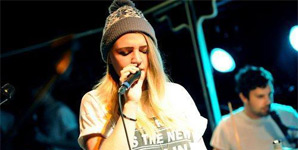 Boy-Girl duo Slow Club, consisting of Charles Watson and Rebecca Taylor, are making big strides within the music scene at the moment and with the new video for 'Beginners' from their much-lauded second album Paradise currently making the rounds and raising eye-brows (particularly for the inclusion of Daniel Radcliffe) it looks as though the only way is up for the Sheffield-natives.

With a busy festival-season to look forward to, we managed to pin them down for a quick chat to discuss the boy wizard, the possible lifespan of David Byrne and their upcoming collaborative album with whiskey brand Dewar's.

How did you end up recruiting Daniel Radcliffe for the video for 'Beginners'?
Charles Watson: We found at that he was a fan of ours through a piece he did for Time Out magazine and we met him and he just seemed like a lovely chap, so we decided to ask him if he fancied staring in our new video. And that's basically it really, he agreed to do it [laughs].

The video is another collaboration with Lucy Needs, is Lucy your go too director?
CW: She's done five of our videos now and we're just good friends with her as well - we've known her for a long time and she is a brilliant director. She's always got lots of good ideas and when we want a video doing she tends to come up with the goods pretty effortlessly really.

The video and tone of the song is quite dark - does it reflect a particular part in you life where you were when writing it?
Rebecca Taylor: The song itself is quite sad really and it was up to Daniel to bring that mood out of it, to take the lyrics and translate it to the video. How ever we made the video it was always going to come across as being a little dark.
CW: I think that 'Two Cousins' is potentially a dark video as well, there's definitely an element of gloom in it.

It's set in a real pub or is it all on set?
RT: It was actually filmed at a pub called The Faltering Fullback in Finsbury Park, somewhere that we've spent a lot of time in the past. When I'm doing my practicing I'll tend to go there, before we head out on tour.

And your drinks of choice?
CW: I like whiskey and ginger.
RT: Yeah I like that as well
CW: .and I like Brewers Gold - my favourite beer. And I like Jacob's Creek Wine
[Both Laugh]
CW: And obviously Dewar's Whiskey

Tell me about The Dewarist Sessions - can we expect any major shift from your usual folksy sound?
RT: We've naturally progressed in the past few month so I think that there might be some surprises. We came into doing it after we'd released the album and an EP so the slate was wiped completely clean and we had to learn to write quickly and do it well too. We sort of had a blank canvas when doing this so it gave us some idea on where we'd like to take things next on the next record. I wouldn't say that the Dewar's stuff is going to be a solid indication of what our next album will sound like; I don't think we're quite there.
Given that we were there with a blank canvas, being treated really well and made really comfortable it gave us a chance to have a go with some new music and different artists, so I guess it could be a little different.

Is collaborating with different artists something you've long wanted to do?
CW: I think that Rebecca and myself like working on our own most of the time, but we do tend to have some people come along and do some bits and bobs for us. But I do enjoy working with other people, especially if you have the right people to work with to.
We've been lucky with the Dewartist Sessions because everyone got along really we with each other, I think that if you get a wrong 'en in the mix then that's when things start to go down the pan a bit.

Who did you enjoy working with the most?
CW: King Creosote was really fun, we're both big fans of his anyway. The fact that he's just recorded a song with James Yorkston is very cool too.

You've made subtle hints that you might eventually work alongside your label mate CasioKids, is there any truth to these rumours?
CW: We've spoken to them before about it and we're good friends with them, we've discussed going and recording with them in Norway at some point. But we've never followed through with anything like it, I think the closest we came is when I did a remix of one of their songs this year that became on of their b-sides.
They were a big influence on us when we were making the second record, but that wasn't so much about the music, it was more about what we wanted to achieve and what we saw was possible from watching their shows. I think it was more about excitement as much as it was about the music.

Is there anyone in particular that you want to work alongside?
CW: I would quite like to work with David Byrne at some point, before he dies.
RT: He's not that old!
CW: Yeah but he's getting there.
RT: He's about fifty isn't he?

How important is touring for you both? - You seem to spend a lot of your time on the road, is this through choice as much as it is by the tireless need for self-promotion?
CW: I think touring is the best way to get people to music out there to people still, I think a lot of bands do a lot of stuff like us - the way our sound is different on record to how it is live, so it's kind of like giving people two different perspectives of our music.
We both really enjoy travelling though and seeing the world.
RT: I think that its important in making a band get good at what they're supposed to do and progress musically by going on tour. It's a good way of deciding what you want to go on the record too because you have to imagine playing that for the next year every night. It's quite a bizarre lifestyle really because you just spend all your time on the road but when you get back you're already rearing up to get out on the road again.

Are you fonder of regular touring or the festival circuit?
RT: I do like the festival season because you effectively get the week off, given that they usually happen on weekends. It's much easier going that regular touring I think.
We did so much touring this year that I kind of got a little sick of it and contemplated whether we still wanted to do all this still. When you go out and play your heart out every night it gets pretty exhausting, but with festivals you only have to worry about the one show and you can really go for it then - it kind of makes the whole experience special.
Other than the breaks, is there a major difference between touring and festival work?
RT: Well you don't get a sound check at festivals, unlike on tour, so when you go out on stage at a festival you're never quite sure what it's going to be like. Plus you never really know how many people are going to be there at a festival either so you never really know what to expect. The atmosphere at a festival is very different to a normal gig as well.
At a festival you can either have one of the most amazing gigs you've ever had or you can quite a depressing time really. It's a mixed bag.

How do you approach your song writing? Do you sit down to write and let your creative juices start flowing or is it a much less natural process?
RT: It's different for everyone; Charles and I don't really write a lot of songs but some people can just write song after song in one go. We have a bit of a screening test between us two to decide whether the song is worth going on an album before we make any headway so it's a bit of a drawn out process.
We can't really just make it happen, it'll happen in its own time once we get a brainwave of some kind but that can take some time. The best songs are the ones you write really quick and don't take too much planning and we worry that when we take our time that we're not going to get any better form album to album. Some times you find that a song will take days and you wonder what you're doing in a band in the first place, but other times it'll just come straight to you.

Do you pick up most of your ideas for new songs on the road?
RT: It depends what's going on with you at the time when you're writing really, say if you experience something massive then you're gonna want to write about that - these tend to be the quicker songs.

Did growing up in Rotherham/Sheffield greatly effect what you listened to growing up?
CW: I don't know if it affected us that much really, I think we've been lucky that we were there in a geographic sense - being in the middle of the country, it just made things not only cheaper but in that aspect we almost had a head start. If you look at other bands living down south, it cost so much to get up and stay and then go back, if you don't get paid enough or you have other commitments then its almost not even worth coming up and it at least makes things much more difficult. What was great about living there was that we could do things all the more easier and that was obviously a great advantage.
I think in terms of the music, I don't think it's influenced us at all in a major way. I mean, we're both massive Pulp fans and the area is great for music, I just don't think these bands influenced us much in the way as other bands have. I don't feel that we sound like them or have any ties with them musically.

Do you both still reside there?
RT: We both lived in London for a bit, I've just moved back up but Charlie still likes it there.

Any one album?
RT: Rumours or Writings on the Wall for me
CW: I think Bridge Over Troubled Water is my favourite album, I'll have to check my iPod.

Slow Club are working with international artists and Dewar's on a new collaborative album, titled The Dewarist Sessions, part 1. The album is due for release later this year. 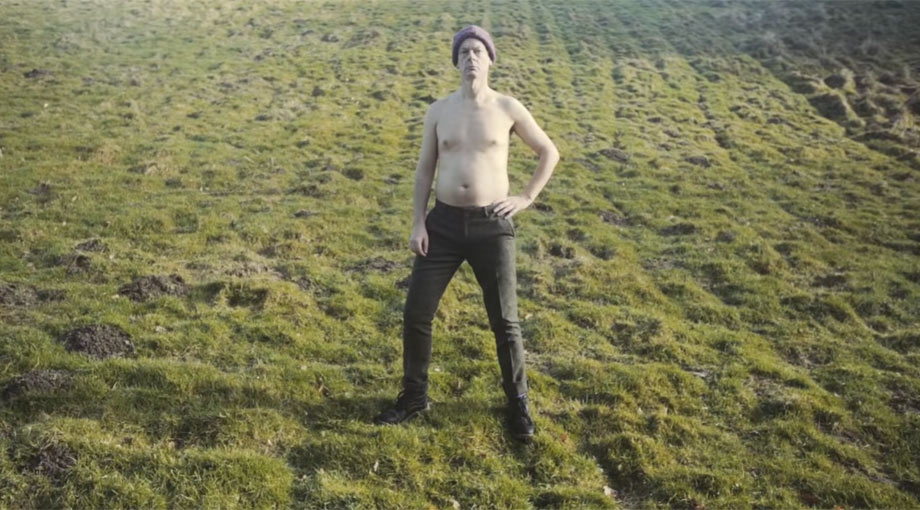 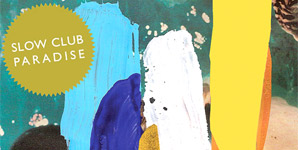