Slipknot frontman Corey Taylor has blasted ''overrated'' and ''overpaid'' producer Rick Rubin, saying he would ''never'' work with him again. 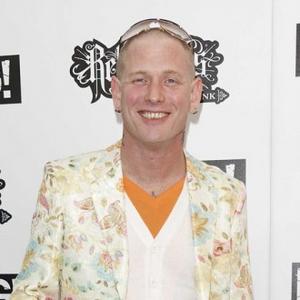 The group worked with Rick on their 2004 album 'Vol 3: (The Subliminal Verses)', but despite his being widely regarded as one of the best producers of the past 30 years, Corey feels he has become a "thin shadow" of his former self.

Speaking at an audience at a Q&A session in Texas, Corey said: "There are some people who would love for me to toe the party line, which is basically, 'Working with Rick Rubin was a very enriching experience.'

"Let me give you the f***ing truth of it: Rick Rubin showed up for 45 minutes a week. Rick Rubin would then, during that 45 minutes, lay on a couch and have a mic brought in next to his face so he wouldn't have to move.

"The Rick Rubin of today is a thin, thin, thin shadow of the Rick Rubin that he was. He is overrated, he is overpaid, and I will never work with him again as long as I f***ing live."

More recently, he produced Adele's '21' album, which was been one of the biggest selling albums of 2011 in both the UK and US.

Corey and his fellow Slipknot bandmates always perform in grotesque masks to cover their faces, and the 37-year-old frontman admitted he started wearing the disguise because of his troubled Early Years in his hometown Iowa

He added: "When you put that mask on you go places you would never imagine. It comes from a spot that's uncomfortable and really dark.