Slipknot Guitarist Stabbed In Head During Fight with Brother

The Slipknot star was stabbed in the head.

Slipknot guitarist Mick Thomson has sustained a stab wound to the back of his head after a fight with his brother. Both men were drunk and suffered non-life threatening wounds, according to Billboard. 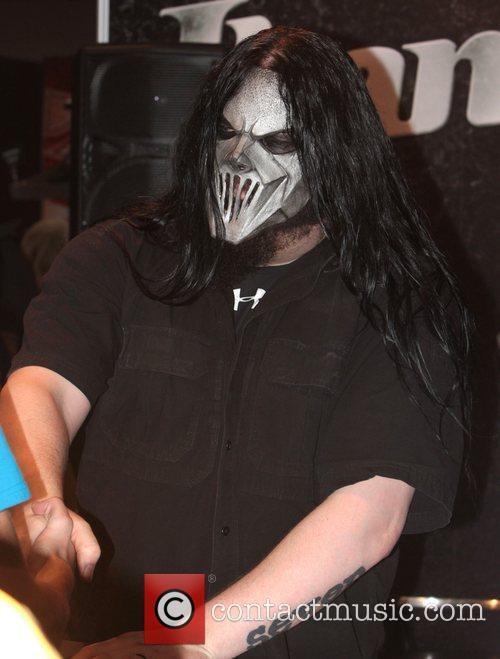 Thomson, the guitarist with the platinum-selling heavy metal rock band, was rushed to hospital after the incident but will make a full recovery. He reportedly got into an altercation with his brother Andrew, 35, early morning at his Clive home in Iowa. According to the Des Moines Register, the fight began inside the property before progressing outside with local police finding the brothers fighting outside the residence at around 4.25am.

More: Jim Root: We could not have saved Paul Gray"

The men were taken to nearby hospitals in separate ambulances.

The band are yet to comment officially, though lead singer Corey Taylor tweeted fans late on Wednesday, saying, "Mick update: from what I've heard he's okay. We're sendig [sic] him all your thoughts. Thank you for that."

Neighbors who were interviewed on Wednesday afternoon said they hadn't noticed anything unusual in the lead up to the fight and Clive police said they had not been called to the address in the past year.

Slipknot formed in Des Moines in the 1990s. The band has sold millions of records though during an interview last year, guitarist Jim Root said the group had never made money from the sales.

"To have a No. 1 with 130,000 copies sold is, you know, I remember when we first started selling records, in order to have a No. 1, you'd have to sell at least a half a million if not more, for the rock side of things," he told The Morning Call. "And now it's a fraction of that. So it kind of really shows you the state of where everything's at. I don't put too much into that anyway because we don't see a penny off of record sales and we never have. For us it's all about touring."

More: Is Kasabian's BRIT snub really a conspiracy against rock?