You could make the case that Slaves to Gravity are the UK's best kept secret at the moment. Forming from the ashes of the impressive Ariel-X and the sheer rock'n'roll force that was The*Ga*Ga*s, Slaves to Gravity's first album, Scatter the Crow, was an impressive document of a band with the bit well and truly between their teeth. With high profile producer Bob Marlette (Alice Cooper, Heaven's Basement) in tow, Underwaterouterspace shows a band really spreading its wings to deliver one of the most outstanding albums of the year so far. 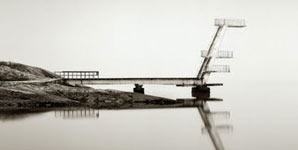