Slash: 'Seymour Cassel Came Up With My Nickname' 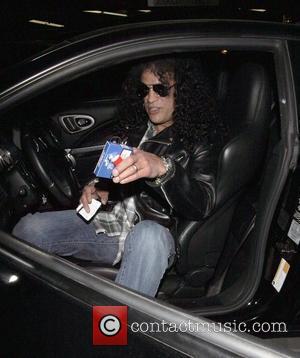 Rocker Slash's longstanding stage name was coined by veteran character actor Seymour Cassel. The former Guns 'N Roses guitarist, who now plays in Velvet Revolver, was born Saul Hudson and has been a friend of Cassel's son since childhood. Cassel decided to name the then-teenage, wannabe musician Slash - because he was so struck by the scheming youngster. Slash explains, "It was a nickname that Seymour Cassel used to call me. I used to be (and) I'm still good friends with his son, Matt, so I used to hang out over at their house and he always used to call me Slash. "Basically, he says it was because I was always in a hurry and I was always scheming, I was always hustling, this and that. He always saw me on the go, on the fly. "So he used to call me Slash and it just stuck. My friends started calling me that and it just became a permanent nickname."