Slash Gave Up Snakes For The Sake Of His Son 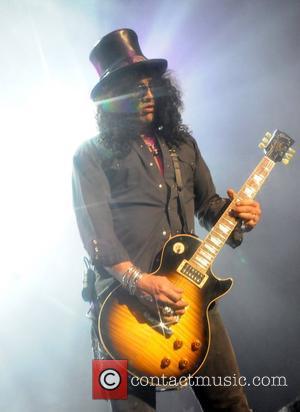 Rocker Slash gave up his collection of 80 pet snakes over fears the creatures would not make for a safe home environment for his first child.
The Velvet Revolver star kept mostly deadly pythons and boas at his home but he realised it could be dangerous if one of the snakes got into his son's nursery - so he got rid of them.
And he tells Britain's Mojo magazine he was quite relieved to let his pets go.
He says, "Feeding them all by myself had become a bit of a job. I missed the old days when it was just a matter of finding a couple of dead rats around the corner."