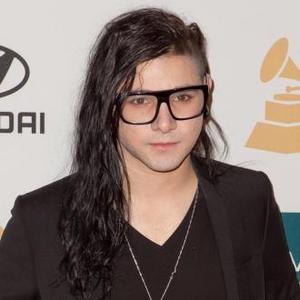 Skrillex's life was changed when he saw Daft Punk.

The dubstep star went to great lengths to see the French electro group when they last toured, and strives to create the same atmosphere at his own live shows.

He told Pitchfork: ''I remember seeing the full Daft Punk pyramid show in 2007.

''I went alone, bought a ticket off a scalper for $150, got on the floor, and had the best time of my life. I didn't have a drink, no DRUGS.

''But I was high out of my mind. It changed my life.

''There have been a couple of times where I've been so proud of what I've done live, like I feel like I've given someone the same kind of feeling I got at that Daft Punk show. And that feels so good.''

The 24-year-old 'Bangarang' star - real name Sonny Moore - has only released single tracks and EPs so far, but is planning to work on a full album.

He added: ''Yeah, I wanna put out an album. It's weird because coming into this, there was never any pressure to make an album.

''If I want to be conceptual and the time is right, I can make an album that's like: Here's my sound. Because I have some new s**t that's way different than what I've done that still could rock a party.

''I'm not saying I'm trying to change s**t, but making this new music got me re-inspired.''