Skinny Lister's debut single, If The Gaff Don't Let Us Down, will be released as a double A side with Plough & Orion, on April 9th, 2012, through Sunday Best Recordings. Their debut album, Forge & Flagon, will be released in June 2012. Skinny Lister will be playing The Ship Inn in London on 23rd February, 2012.

The video for If The Gaff Don't Let Us Down was filmed in Hastings during the first week of December, according to the band's official website. It sees the band on the beach, stripping down to their swimming costumes and running into the sea, before running through town to a pub, where they put on a riotous performance of their single.

Forge & Flagon was recorded in Snowdonia and produced by David Wrench, who has worked with Bat For Lashes and James Yorkston.

Skinny Lister - If The Gaff... 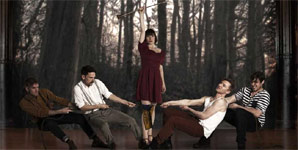 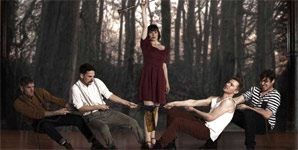