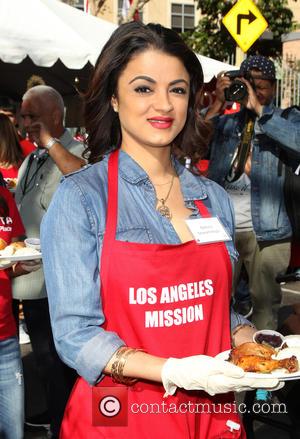 Picture: Golnesa Gharachedaghi and aka GG - A variety of stars were on hand to help out at the Los Angeles Mission Christmas Eve Event in...

Solinger has announced he's quitting the band to pursue his solo career.

In a statement released on Monday (06Apr15), he writes, "The past 15 years has been a great experience and I have appreciated the opportunity to be the lead singer in one of the most prominent bands of the 1990s and share stages with the likes of Aerosmith, Bon Jovi and Kiss, performing in front of millions throughout the world. I wish Skid Row the best of luck in their future pursuits."

The singer said, "It's not gonna happen... I really don't ever talk about the old regime... It's not even a topic. It's a whole different world."

In 2012, Bach launched a Facebook campaign to reunite his old band, stating he would be "willing to put my ego aside and do something that would be special for the people who put us where we are today."

Bach fronted Skid Row until 1996, when he was fired.

Solinger will be replaced by former TNT vocalist Tony Harnell.

Harnell adds, "I'm so excited and honoured to be a part of such a great band with an amazing legacy and legions of faithful fans. The guys and I have known each other for many years and this is such a natural fit.

"I look forward to getting out there and playing live together and being a part of making new music and creating our future together. It's time to rock!" 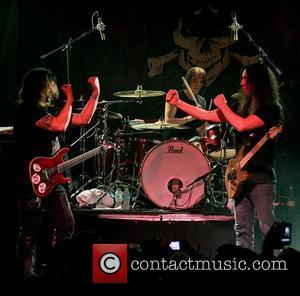 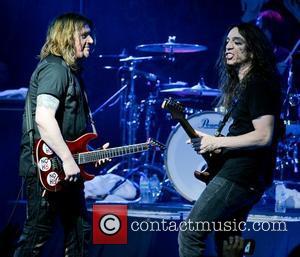