British Rapper And Producer Skepta Will Be Saluted For His Career Achievements At The 2015 Aim Independent Music Awards Next Month (Sep15). 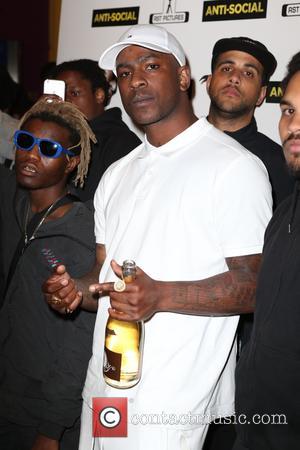 The hip-hop star has been a pioneer of the 'grime' genre in the U.K. and he recently raised his profile in the U.S. by performing with Kanye West at the BRIT Awards in London in February (15), and with Drake at his OVO Fest in Toronto, Canada earlier this month (Aug15).

Now he is set to be presented with the Outstanding Contribution to Music prize at the 5th Annual AIM Awards at London's The Brewery on 8 September (15) in recognition of his success so far.

A statement released by AIM Awards judge MistaJam reads: "Since Grime was born out of the ashes of UK Garage, Skepta has been a pioneer of the sound, of the DIY business model and the culture.

"DJ, Producer, Writer, MC, record label boss and performer - there's no denying Skepta has put in the blood sweat and tears for the last 10 whole years and now, as he stands on the cusp of true international acclaim, it feels right to award Skepta for his immense contribution so far to British Music."

Cult singer FKA Twigs and rockers Alt-J are among the top nominees for the AIM Independent Music Awards, after each landing a trio of nods. Others tipped for victory include Young Fathers, Courtney Barnett, Bjork and Major Lazer.

Skepta launching his own record label

Skepta admits that's a rap as he focuses on producing music

Skepta hints at retirement from music