Yoko Ono cannot be ''blamed'' for the splitting up of The Beatles in 1970, Sir Paul McCartney has claimed. 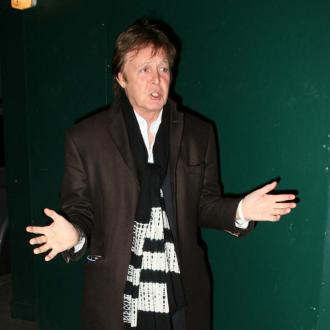 Sir Paul McCartney claims Yoko Ono had nothing to do with The Beatles splitting up.

The group - made up of Paul, John Lennon, Ringo Starr and George Harrison - split up in 1970, but Paul thinks John's decision to leave was not to do with his marriage to the Japanese artist.

He said: ''I don't think you can blame her for anything. John was definitely going to leave.''

However, Paul thinks John was ''very'' attracted to Yoko because she showed him a different way of living.

He added in an interview with Sir David Frost: ''When Yoko came along, part of her attraction was her avant garde side, her view of things.

''She showed him another way to be, which was very attractive to him. So it was time for John to leave.''

Both Paul and John went on to forge successful solo careers away from the band before John died in 1980.