The pair worked together on the original 'Flowers In The Dirt' album.

Some old studio images of Sir Paul McCartney working alongside Elvis Costello and late long-time collaborator Sir George Martin have been unveiled for the first time as the former Beatle gears up to unveil 'Flowers In The Dirt' - the latest reissuse from his Grammy-Winning Archive Collection. Paul can be seen singing, trumpeting and playing guitar in a newly unveiled set of archive images, most of which were taken by his then wife Linda McCartney. On his original number one 'Flowers In The Dirt' album from 1989, he worked with Elvis on 'My Brave Face', 'You Want Her Too', 'Don't Be Careless Love' and 'That Day Is Done', and George Martin also had a hand in the arrangement of 'Put It There'. 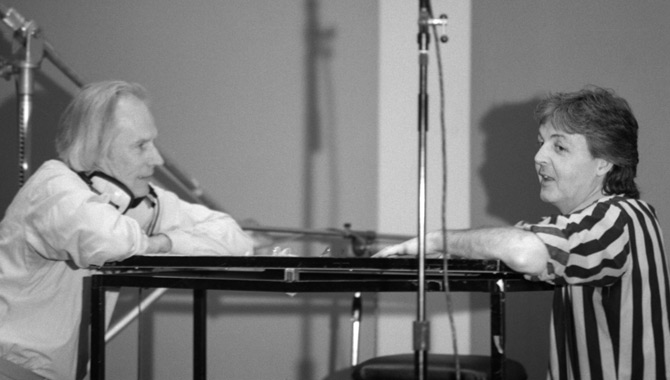 Paul McCartney and George Martin collaborated on 'Put It There'

'I was looking for someone to work with, trying to think of something imaginative to do and one day my manager said 'do you fancy writing with Elvis Costello? It might be a great thing'. I said 'yeah'', Paul revealed in a statement. 'He [Elvis] came down to my studio and we sat opposite each other with our guitars because I had said to him early on that this is how I'd written with John, with me being left handed and him being right handed, it was almost like looking in a mirror. We did virtually what John and I did which was just make up a song a day.'

In fact, it was even easier on this occasion because Paul and Elvis were able to record their songs immediately after writing them at Paul's own Hog Hill Mill studio - which meant there were a few demo tracks that never made it to release. 'Because we were working above the studio, we'd just go downstairs and make the record, just the two of us singing exactly what we had made up', Paul continued. 'So there were a few recordings that haven't been released. We keep saying to each other that they're good because they are raw, it's hot off the skillet.'

Some of those previously unreleased demos are included on the re-release of 'Flowers In The Dirt'; raw renditions of 'My Brave Face' and 'That Day Is Done', two songs that are also available as instant digital downloads for those who pre-order the record.

The 'Flowers In The Dirt' reissue will be released on March 24th 2017. 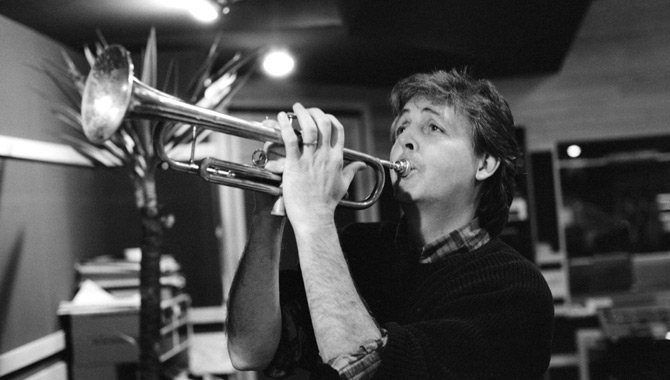