Sir Paul McCartney claims The Rolling Stones have only achieved so much success because they copied The Beatles. 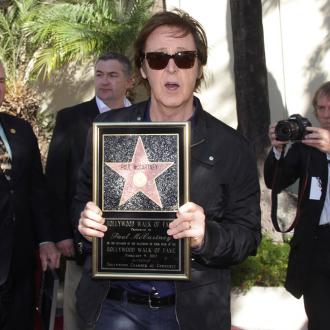 The 71-year-old singer-and-bassists believes the rival rock band - consisting of Sir Mick Jagger, Keith Richards, Ronnie Wood and Charlie Watts - have only achieved so much success in the music industry because they imitated his iconic group.

Speaking to US radio, he said: ''That is the truth. Look at the history: The Beatles go to America, a year later they come too.

The 'Yesterday' hitmaker previously said it would ''feel great'' to return to the stage with his old bandmates Ringo Starr, John Lennon and George Harrison, even though it is impossible because of the passing of the latter two.

Asked if he envies The Rolling Stones, Paul said:''For me, it's not a sadness, but if we were going out as The Beatles now... It would be great to feel a good little band again, playing gigs. It was great when we did play, you know.

''But we finished as a band consciously, and now, as two members have died, it could obviously never become a reality.

''But I do see the Stones going out and maybe have a tiny piece of ... I guess what I'm trying to say is if The Beatles had been out now, boys, you'd be watching it, mate.''