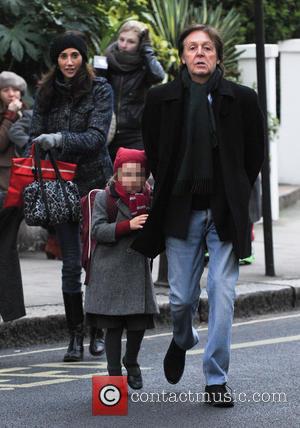 Sir Paul McCartney has recorded a song for a television advert to promote his late wife Linda's successful vegetarian food range, the company announced on Friday by posting a YouTube clip of the track. The McCartney family said the song is part of the #LoveLinda campaign they have been working on for the Linda Mccartney Foods brand.

It marks the first time in 15 years that the brand has done television advertising. It was created in 1991 by Linda, sold to Heinz in 2000 and sold again to Hain Celestial Group in 2006. The television advert shows the McCartney family in animated psychedelic form while Paul and a band perform a re-recorded version of his song Heart Of The Country, which appeared on 1971 album Ram. A voiceover is provided by singer-songwriter Elvis Costello, who has been a prominent vegetarian since the early 1980s. "Linda always talked well and made it seem that you wouldn't be joining a secret weird society by being vegetarian," Costello said. The animation features characters such as Horse Boy, Napoleon Dog and Ballerina Cat.

It will be broadcast for the first time on January 28 to launch a new range of Linda McCartney's chilled meat free foods.

Watch The Linda McCartney Ad Below: