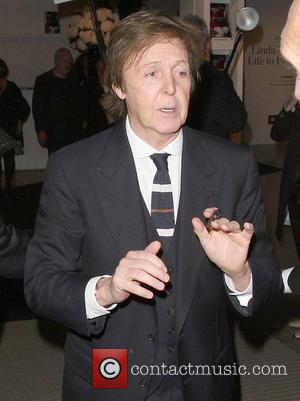 Sir Paul McCartney has issued a cash challenge to fans who feel inspired by his music - he wants them to create a work of art based on one of his songs.
The former Beatles star launched the contest with bosses at New York-based company Talenthouse on Wednesday (06Jul11).
The winner will receive $1,000 (£625), MCCartney-themed merchandise and the chance to exhibit the first-placed piece at London art gallery Idea Generation.
It's not the only celebrity art contest Talenthouse bosses are currently involved with - they have also launched a competition for fans of DJ Deadmau5 to redesign the signature mouse-head mask he wears in concert.