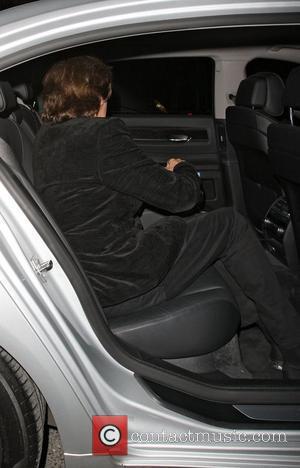 Picture: Paul McCartney dropping a friend off at Claridge's hotel. He then dashed back into his car after spotting the photographer. London, England - 24.07.12

Sir Paul McCartney has criticised Olympic soccer chiefs for leaving David Beckham out of the Great Britain team, insisting the sports star is "a national hero" and deserved a place on the squad.
Beckham was widely tipped to be one of the over-23s players selected for the side, but manager Stuart Pearce snubbed the athlete.
The former Beatles star admits he was shocked by the decision, and has blasted bosses for failing to include Beckham.
He tells Britain's Shortlist magazine, "He's a national hero. I would've thought Beckham would be first choice because of his huge contribution to getting the Olympics. But some idiot decided otherwise.
"I feel a bit sorry for the three over-23s because we're going to be looking at them and saying, 'That should've been Beckham.' He's a national hero, a crowd-puller.
"It would've been great for him to lead out our British football team. But some person somewhere said, 'So-and-so's playing better.' Like it matters."
However, it was revealed on Tuesday (24Jul12) that Beckham will have a role in the sporting extravaganza - he will make a cameo appearance in the opening ceremony on Friday (27Jul12).